Southeast Asia has been seen as a good tech industry market for the past 10 years, where many emerging startups offer innovative tech-abled products. Even Indonesia, with only 13% internet coverage in 2009, has now grown to be potentially a good market to invest in, having produced 4 unicorn startups (Traveloka, OVO, Bukalapak, and Tokopedia) and one decacorn company (Gojek). It leads to many venture capital firms having started their journey in Southeast Asia. Here are eight most active venture capital firms in Southeast Asia according to Vantage Capital Partners data.

Read also: The Differences Between Unicorn, Decacorn, and Hectocorn

Read also: The Unicorn Breeder: Alpha JWC Ventures is Setting A Benchmark in The VC Scene

500 Durian is a part of 500 Startups focusing on Southeast Asia region. They have more than 150 portfolio companies by the start of 2020. Founded by Dave McClure and Christine Tsai, 500 Startups has made notable investments in the past years, including but not limited to Grab, Canva, Bukalapak, Udemy, and Credit Karma. Beyond providing seed capital, 500 Startups also has Seed Accelerator Programs, emphasizing in digital marketing, customer acquisition, lean startup practices, and fundraising for pre-Seed startups. 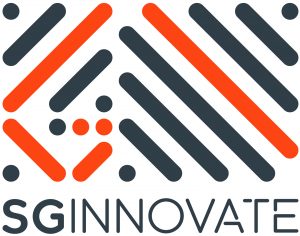 SGInnovate is a venture catalyst, focusing on Deep Tech companies to tackle challenging global problems. Founded in 2016 by Steve Leonard, SGInnovate now has more than 80 portfolio companies. They work with entrepreneurial scientists to help build and scale deep tech products out of science research.

Sequoia Capital is among the top venture capital firms in the world, investing in startups at the growth stage and above. In 2018, they launched Surge for early-stage startups based on–or building for–India and Southeast Asia. Data from Vantage Capital Partners shows that Sequoia Capital has funded 11 SEA startups in 2019, making it the 4th most active VC in Southeast Asia. 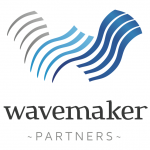 Global Founders Capital a global oriented and stage agnostic venture capital firm. They back companies across all stages and throughout the lifecycle. Founded in 2013 by Oliver Samwer and have invested in 403 companies (source: www.crunchbase.com) with 35 exits. Among their many portfolio companies are Trivago, Lazada, Traveloka, Facebook, Canva, and Linkedin.

Golden Gate Ventures is a Southeast Asia focused venture capital firm, established in 2011. They have invested in over 45 companies across more than 7 countries in Asia, focusing on internet & mobile startups across many sectors, including e-commerce, payments, marketplaces, mobile applications, and SaaS platforms.