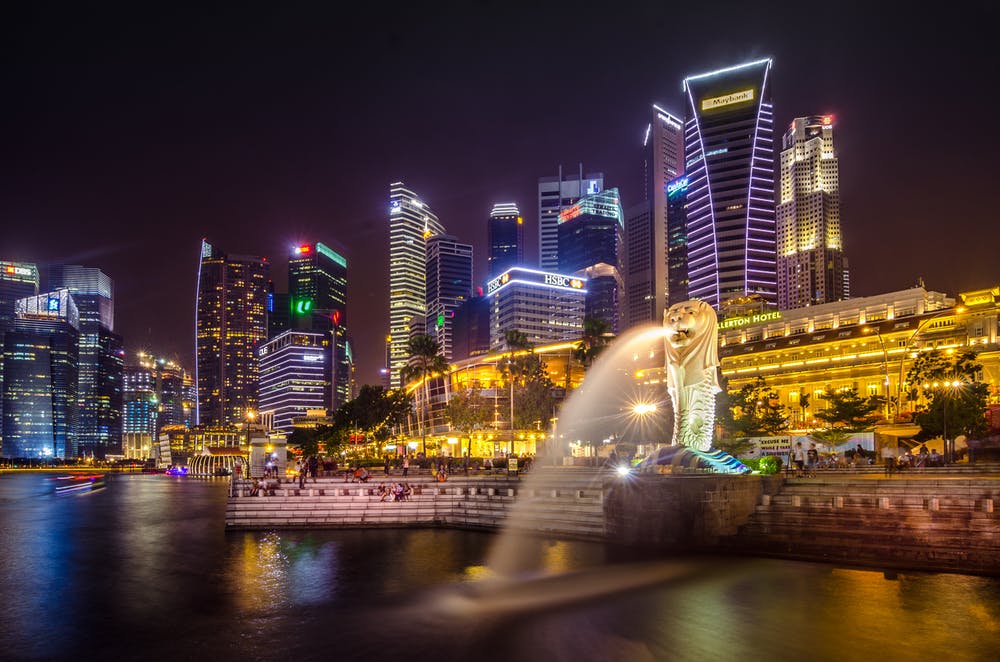 Every country has fluctuating economic movement. Those economic movements may impact many other aspects, including the human development index, the people’s living standard, the facility to start a business, tax compliance, and the GDP of a country.

One of the highest and most stable economic movements in the world, and especially in South East Asia, is Singapore. Though Singapore is a small country, but they have such a good economic movement. This condition is supported by the rapid growth of Startups in Singapore.

In 2015, Singapore has around 48.000 Startups that are growing and developing. Those numbers are very significant, compared to 12 years ago. In 2003, there were only 22.000 Startups. What are the factors that play into the rapid growth of Startups in Singapore?

The answer lies in the stability and high growth of Singapore’s economy. Then the question arises regarding the cause of Singapore’s positive economic growth. Two words: Venture Capital. They create such a healthy Startup ecosystem in Singapore.

Venture Capitals (VC) are the ones that push startups and other tech companies to grow in Singapore. Aside from VC, there are also Angel Investors or a private investor that contributes more than capital but also their skills and expertise.

Alpha JWC Ventures is also the first independent and institutionalized venture in Indonesia. Alpha JWC is established in 2015. Its debut fund of USD 50mn was launched in 2016 as Indonesia’s first independent and institutional early-stage venture capital fund. Since then, the fund has been invested in 43 companies in Southeast Asia, mostly in Indonesia, of which more than 90 percent of having received follow-on funding. The firm’s second fund was closed in 2019, oversubscribed, with USD 123mn total amount and support from limited partners from Asia, United States, and Europe. The firm currently manages the region’s largest early-stage fund,

Some of the companies that receive Alpha JWC funding are Lemonilo, Kopi Kenangan, Bobobox, Modalku, GudangAda, Carro and many others.

This Singapore-based venture capital is focusing on investment for companies and startups in the Cleantech, Fintech, e-commerce, health, and energy industries. Not only do they pour out investment funding, DreamLabs offers consultation and mentoring for startups and companies. DreamLabs office and headquarter is in CBD Singapore, which contributes a lot to the economic growth in Singapore and South East Asia.

DreamLabs have around $50 million to invest. They will provide funding especially for companies that have impactful ideas for society. They aspire to cooperate with Startups that want to create new market categories without disrupting the existing ones.

This top-of-the-list venture capital is known for its focus on handing out seed funding. They also hand out assistance to a couple of countries in South East Asia, US and India. This venture capital owns around $144 million USD.

Not every top venture capital in Singapore has the same characteristic and investment target. Every venture capital and angel investor also have different interest. That difference can be seen in Jungle Ventures, a company that commits to support the development of cities in ASEAN. Especially in the term of online consumption.

Therefore, Jungle Ventures is interested in investing in financial services, travel, health, hospitality, and other sectors that relate to cities development.

500 Startups will hand out funding from the seed stage up until D series. There are some Indonesian Startups that received investment from 500 Startups, such as Bukalapak. One of Indonesia’s first e-commerce.

CyberAgent is focusing on investments for tech startups. For those who don’t know yet, CyberAgent is one of the venture capitals that invests on Tokopedia. Usually, CyberAgent will provide investment from the seed funding stage up to D series.

No top venture capital list would be completed without mentioning Sequoia Capital. This particular capital company has contributed more than 20% of NASDAQ total value. NASDAQ (National Association of Securities Dealers Automated Quotations) is a global electronic marketplace that sells and buys security or stock exchange.

This favet made Sequoia Capital one of the most experienced companies in the capital and investment field. In the last 45 years, Sequoia Capital has partnered and helped famous figures such as Steve Jobs, Elon Musk, Larry Page, and many others.

Monk’s Hill Ventures is certainly one of the top venture capitals in Singapore. This company is focusing on investments for companies in the technology field. The funding they provide starts from the seed funding stage. They also contribute to the development of companies and startups in South East Asia.

The reason behind Monk’s Hill Ventures interest in funding technological startups is the founder’s interest in software companies, Big Data, and mobile internet for people. This company also has a base in Silicon Valley.

The next best venture capital in Singapore is Life.SREDA. This company is established in 2012 and led by Slava Solodkiy. This company have invested to 20 tech startups around the world. Life.Sreda commonly provides funding in two stages.

Wavemaker Partners is one of the best venture capital Singapore, also the most coveted capital company for startups that are currently seeking funding for their business in Singapore. Wavemaker Partner’s headquarters is in Los Angeles, United States, and Singapore.

Wavemaker Partners commits to giving seed funding for companies or startups with a focus on technology development.

The existence of many best venture capital in Singapore has a good impact on Singaporean economy. This led to Singapore being one of the strongest economic power in the world. One of the capital companies that contribute to creating such a good economic ecosystem is Coent Ventures Partners.

Coent provides investment in the seed funding stage to companies and entrepreneurs in all sectors. Not only in Singapore, Coent also investing in all of Asia. On top of that, Coent provides more than capital but also supports in the form of management, abroad business development, and also exposure for business network.

This Singaporean investment company is also a well-known angel investor in Singapore. Gobi Partners were established in 2002 and claim itself as an anti-mainstream venture capital that doesn’t always follow the market trend.

This particular company holds a righteous principle to bring tangible impacts and also hand out huge value investments for companies that hold the same principle. The number of investments that Gobi Partners will give is around $250.000 USD to $15.000.000 USD.

The next investment company in Singapore on this list is Spiral Ventures. Spiral Ventures were named IMJ Investment Partners before. But they change the company’s name after conducting a successful management buyout and being able to stand independently from IMJ Japan.

This top private equity in Singapore commonly investing in companies that are in the seed to series A stage, mainly in the B2C and C2C business in South East Asia. IMJ Corporation that is previously the parent company for Spiral Ventures or IMJ Investment, is the biggest digital agency in Japan.

Innosight Ventures is the top venture capital in Singapore that give funding to early-stage startups in South East Asia. On top of the capital, they also provide consulting services and mentoring.

This venture capital also claims to develop an exclusive method that helps early-stage startups to scale up their way to success. Innosight Ventures is partnering with several other companies such as Piyush Chaplot, MyVR, Anchanto, Chope, and LuxeNomad

KK Fund is the next top venture capital in Singapore on this list. This company provides funding to early-stage companies and startups. More importantly for startups that are focusing on cell-phone development in South East Asia, Hong Kong, and Taiwan.

The next Singapore top venture capital is Rakuten Ventures, a part of Rakuten Group. For those who don’t know, Rakuten Group is an internet service provider company that has a good reputation around the world. A lot of innovation in the digital world, created by Rakuten Group.

The company headquarter is located in Tokyo, Japan, and have been around since 1997. One of Rakuten ventures main interests is in the digital advertising field and artificial intelligence. One of their investment projects is Carousell, Pocketmath, and Algorithmia.

Tri5 Ventures is the top venture capital in Singapore that is focusing on investment for early-stage startups in South East Asia. This company is specializing in artificial intelligence and startups that are working with Big Data. Up until now, Tri5 Ventures have supported 38 companies and startups with $5,3 million USD in investment value.

Christopher Quek, Manager Partner of Tri5, is also an Angel Investor that offers consultation and mentoring for companies and developing companies that are in need of assistance, whether it’s in the form of funding or consultation.

This company has helped to fund more than 100 private companies in South East Asia and China. This funding by UOB Venture Management has helped not only the development of the companies but also increasing the country’s economy.

As we know, the economic development of a country will increase simultaneously with the increasing number of emerging companies inside that country. Countries with strong economies will also be able to provide welfare and prosperity for the people.

Rikvin Capital is one of the best Angel Investors and also the top venture capital in Singapore with a focus on alternative funding. In 2018, Rikvin Capital has provided funding for various projects to companies and startups with a good reputation, especially for the purpose of development and asset protection.

For startups that still use non-traditional funding systems and are not affected by Total Debt Servicing Ratio (TDRS), Rikvin Capital is the eligible partner and investor. Since 1998, Rikvin is committed to being the fund provider for companies that are looking to develop their business further

The last Top Capital in Singapore in this list is Singtel Innov8. This venture capital is focusing on technology, digital content service, and many other things. Aside from Singapore, Singtel Innov8 is also located in Silicon Valley, Tel Aviv, and several other cities that have strong economic growth.

Singtel Innov8 currently owns capital as much as $250 million USD, that has been invested in several technology-based startups in Singapore. No wonder Singapore now has high economic growth rate and a lot of emerging startups.

Hopefully, this top venture capital in Singapore list may help to add to our knowledge and understanding of business and startups. For founders and entrepreneurs that are currently starting a startup, it is imperative for them to know the list of venture capitals in Singapore, Indonesia, and Asia.

It is also important to know the characteristics of each venture capital so we can analyze which venture capital works best for our company. With good judgment, we may even succeed in raising funds for our startup.