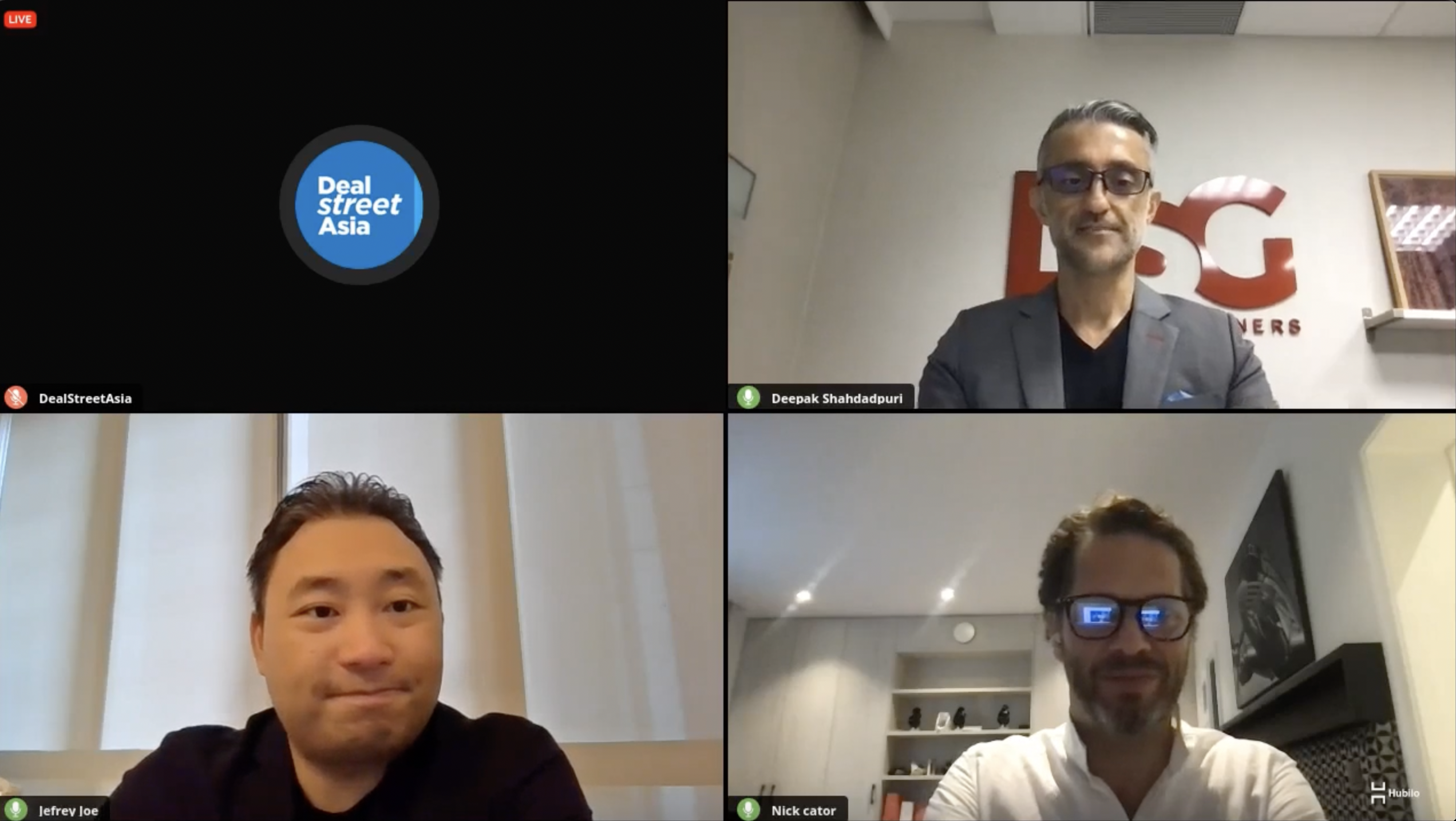 Despite the disruptions caused by the global pandemic, Asia’s long-term consumption growth trend continues to be positive, according to panelists at the recently-concluded Asia PE-VC Summit 2021.

“The good news is that long-term consumption growth trends are positive and in the next five years there’s still going to be a lot of consumption coming into the market,” Cator said during a panel discussion “How the pandemic has altered consumption trends in South Asia”.

As people were locked down at home and quarantine measures were up in most markets in the region, venture investors saw a boost towards digitalisation of consumer-oriented businesses.

The bad news currently, however, is that people, at least in Indonesia, are cutting down consumption to the really staple ones so the disposable income is not that much anymore, said Jefrey Joe, co-founder and general partner at Jakarta-based venture capitalist Alpha JWC Ventures.

“I think in the mass market, the bottom of the pyramid, we need to be more careful about that because, definitely, there’s contraction there,” Joe added.

Consumption during the COVID era was down to what was necessary and Alpha JWC Ventures was fortunate enough to have invested in coffee chain Kopi Kenangan and Indonesian healthy food startup Lemonilo, both of which offer necessary goods, Joe said.

However, he admitted that some of its lifestyle portfolios, especially those in the fashion subscription space, were impacted negatively by the pandemic.

“That’s something that is good about our playbook. That means that we can be more defensible but we are really watching closely on when the COVID can recover and what’s the playbook to spur growth after the pandemic,” he added.

Venturi Partners, which secured the first close of its India- and Southeast Asia-focused consumer at $100 million in June, noticed that the first impact of the pandemic resulted in a boost towards digitalisation, as more consumers prefer to order goods, foods, and other necessities online.

This was a major disruption and all of a sudden a lot of businesses found that they could actually improve their gross margins by 5-10%.

“We’re still looking at offline, of course, but there is definitely, in Southeast Asia, less growth than what you’re seeing in finding online models,” Cator said.

Another notable consumption behaviour during the pandemic that investors saw is the consumers’ preference towards alternative brands that offer better hygiene, safety, and trust. A study cited by Cator said 50% of consumers will now closely read the nutrition levels on food and beverage.

“That’s also a fundamental shift that has enabled brands to disrupt faster than before. People are now much more conscious about immunity levels, health, well being, and they’re actually spending more but they’re also more critical of existing brands,” he stressed.

Deepak Shahdadpuri, founder and managing director at Singapore-headquartered DSG Consumer Partners, said many consumers in emerging markets, like India, Indonesia, Vietnam, and the Philippines, were spending more on things that were better for their health and wellness.

Smaller brands were munching on the market shares of bigger, established, consumer packaged goods (CPG) companies before COVID. Notably, in 2020, Shahdadpuri, who was also the moderator of the session, said major companies such as Unilever, P&G, and Nestle reclaimed market share.

“The question now is: Was it because the competition was out of supply or because consumers now start trusting big brands again?” he said.

In Indonesia, however, there’s a strong movement towards local brands as national pride remains strong, according to Alpha JWC’s Joe.

“It’s not so much the bigger established brands versus the newer ones but how they engage those consumers because now the media can suddenly reach out to consumers,” he added.

The one that’s actually more comfortable in getting the attention of the consumers, those who can engage the consumers in a more digital way will have an upper hand, although the incumbent still has more budget to spend, Joe stressed.

“What we are seeing in Indonesia is that the startups are more agile, and they managed to keep growing. They will continue gaining market share from incumbents,” he added.

Are VCs rushing back to consumer startups?

The consumer space has long been ignored by most venture investors but the pandemic of 2020 resulted in exits and returns in the space that triggered the interest of these VCs. But are major VCs rushing back into tech-enabled consumer startups? Not likely for DSG Consumer Partners.

“Our view is that consumer brands are not tech companies. Building a consumer brand is very different from building something that’s internet or e-commerce driven. Unlike tech, brands are very unlikely to dominate a market,” Shahdadpuri said.

For Joe, it all depends on the VC’s mandate. Some VCs are strong with their mandate and do not touch anything that does not have tech in it. Others are open-minded.

“The market is growing and the consumer play has higher predictability of exits. It’s not a winner take-all. I wouldn’t say that it will attract a massive amount of new VCs but I can see that more VCs are coming into the sector,” he said.

Venturi Partners is also seeing more venture investors getting into the consumer tech space because they have already seen exits in the sector. The firm’s Venturi Partners Fund I focuses on investments across the consumer space in FMCG, education, and healthcare services.

“The maturity of exits and successful IPOs have opened the eyes (of some investors) and brought more interest to the sector,” Cator said.

This article is originally posted on DealStreetAsia. Read the original article here.