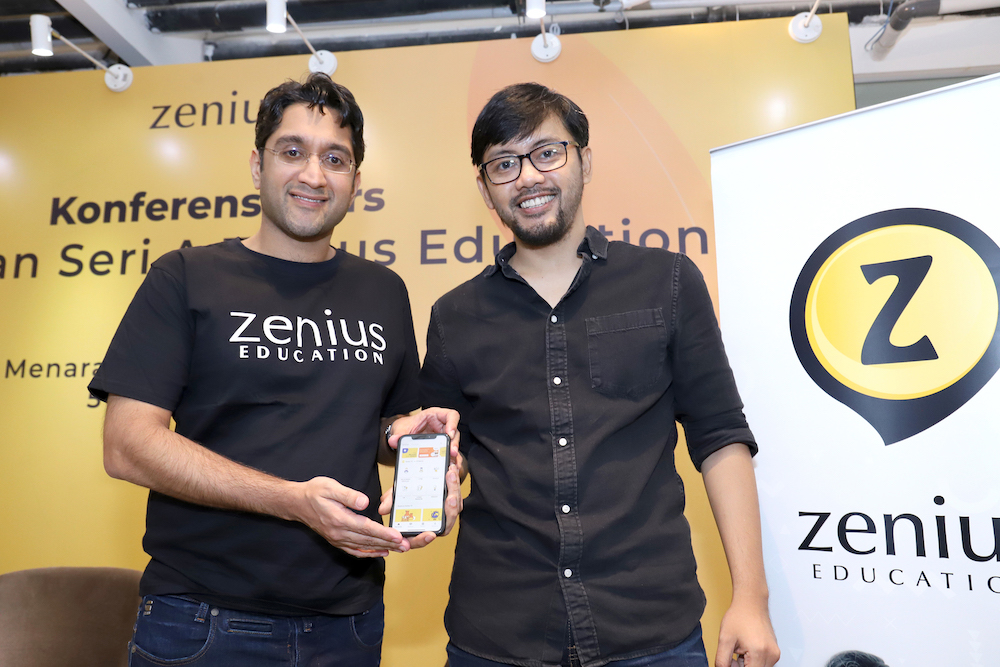 Jakarta, 5 January 2021 – Indonesia-based ed-tech startup Zenius has announced a Pre-Series B funding round for an undisclosed amount. In this round, new investors Alpha JWC Ventures and Openspace Ventures joined Northstar, Kinesys, and BeeNext who had supported Zenius’ Series A in February 2020. Zenius plans to use the new funds to further develop its platform to meet rapidly growing customer demand.

Zenius saw strong growth in 2020 with revenues increasing over 70% in the second half of the year compared to the same period in 2019. Zenius offered most of its services for free during the first half of 2020 to support the Indonesian government’s learn-from-home initiatives during the early stages of the COVID-19 pandemic.  Zenius moved to a freemium model following a major app upgrade and rebranding in June 2020.

Zenius is also a market leader in the live class segment, with user growth of over 10X from its launch in March 2020 to December 2020 and a user retention rate of over 90%. Live classes now represent nearly 50% of Zenius’ revenue. Classes receive a 4.9 average rating (out of 5), with an average class size of 400 students and one 60 minute mathematics session reaching a record breaking 10,000 users.

Openspace Ventures Director, Ian Sikora said, “Zenius is one of the most promising ed-tech companies we’ve seen. They have demonstrated over a decade of track record in proven learning outcomes while reinventing the core offering as new mediums have emerged. We believe its proven track record will be a key differentiating factor in the rapidly evolving education landscape and we hope that the fresh round of funding will propel its growth further”

Much of Zenius’ success can be attributed to its proven track record of developing successful alumni over the past 16 years. In August 2020, Zenius released an internal survey that reported over 15,000 of its users have passed the high-stakes national college entrance exam – UTBK. Zenius’ alumni have gained admission to 85 public universities and 8 polytechnics, both in Indonesia and abroad. Most students attributed their UTBK success to Zenius’ concept videos, tutors’ straightforward explanations and practice questions that help students to work on specific skill gaps – all of which enable them to digest difficult concepts easily.

“In-line with our purpose of bringing Indonesia’ Programme for International Student Assessment (PISA) competence to the global level, we continue to work around the clock to develop new features that will help students to get the best learning outcomes through our technology. We have recently unveiled our Automated Doubt-Solving feature via our mobile app and WhatsApp. This will provide students with solutions using the snap of a camera button. The system recommends related concept videos and practice questions to explain the thinking behind the solution, allowing students to actively apply them in the given set of practice questions. This fosters a deeper learning experience that contributes to a student’s critical thinking and ability to crack tough problems and future concepts,” said Rohan Monga, Zenius’ CEO since 2019 who has previously led Gojek, a local decacorn, as their COO for four years.

“Zenius’ tutors are trained to develop student’s ability to study concepts critically, helping them to pass Indonesia’s high-stakes college entrance exams such as UTBK,” said Zenius Chief Education Officer and Founder Sabda PS who himself is a tutor of online higher education. “Together with our tutors, we have developed the largest education content library in Indonesia with over 90,000 concept videos. We want Indonesia to move up in the OECD PISA rankings, and hence, have decided to continuously provide free access to all K12 concept materials and problem banks that follow the most current version of the Indonesian curriculums.”

“Over the years, Zenius has shown proven ability to evolve and grow as the market changes. We admire Zenius’ ability to bring a significant, tangible impact to their students’ lives through their unparalleled pedagogy, teaching experience and quality of education contents. By equipping them with real thinking skills, thousands of these students get admitted into their dream universities every year; and not only that, they are well-equipped with the foundation to become future leaders. Such real impact is aligned with Alpha JWC Ventures’ vision, and hence we hope that our value-add supports can help the company to take these impacts to an even greater extent,” Eko Kurniadi, Partner & Investment at Alpha JWC Ventures said.

In 2020, Zenius conducted several initiatives with a multi-stakeholder approach to boost its impact on Indonesian students. Zenius has strengthened its partnership with Telkomsel, the leading mobile network in Indonesia, first through Ilmupedia that offers students 30GB of learning quota, then in the Zenius Telkomsel Scholarship Test, which saw over 15,000 SMA students from Banda Aceh to Timika participating in an online challenge, and most recently through a nationwide school challenge called “Ilmupedia Berani Jawab”. Meanwhile, Zenius has also launched a free Learning Management System for teachers named “Zenius untuk Guru”. This feature brought Zenius into strategic partnerships with local governments and has been used by over 6,000 teachers in Indonesia.