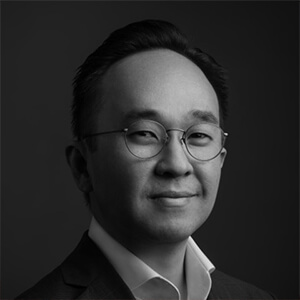 Chandra started his career as a banker at Citigroup and Credit Suisse in Singapore. After a decade in the banking industry, Chandra saw a huge opportunity in technology sector in Indonesia. Hence in 2009, he co-founded East Ventures. He was a pioneer Venture Capitalist in Indonesia.

During his journey as an investor in the early period of tech scene development in Indonesia, Chandra invested in dozens of early-stage startups, including those that have become two of the country’s only five unicorns: online marketplace Tokopedia and all-in-one travel booking platform Traveloka.

In 2015, Chandra co-founded Alpha JWC Ventures, an institutionalised and independent VC fund targeting early-stage tech startups across Southeast Asia, with a strong focus in Indonesia. The firm currently manages close to USD 200 million across two Funds (vintage 2016 and 2018), making it the largest early-stage fund in Indonesia, with 36 active portfolio companies. With over a decade of experience in tech investment, Chandra has invested in over 60 companies in Asia and the United States, and has exited multiple companies.

He currently sits on the board of some of the regional leading tech companies, including FundingSocieties, Carro, GudangAda, Bobobox and OnlinePajak.

Chandra graduated from The University of Sydney with triple majors in finance, economics, and management. Currently he is attending the Owner-President Management (OPM) Program at Harvard Business School, a 3-year residential program for business owners and entrepreneurs. Chandra is also a member of YPO (Young President Organization).