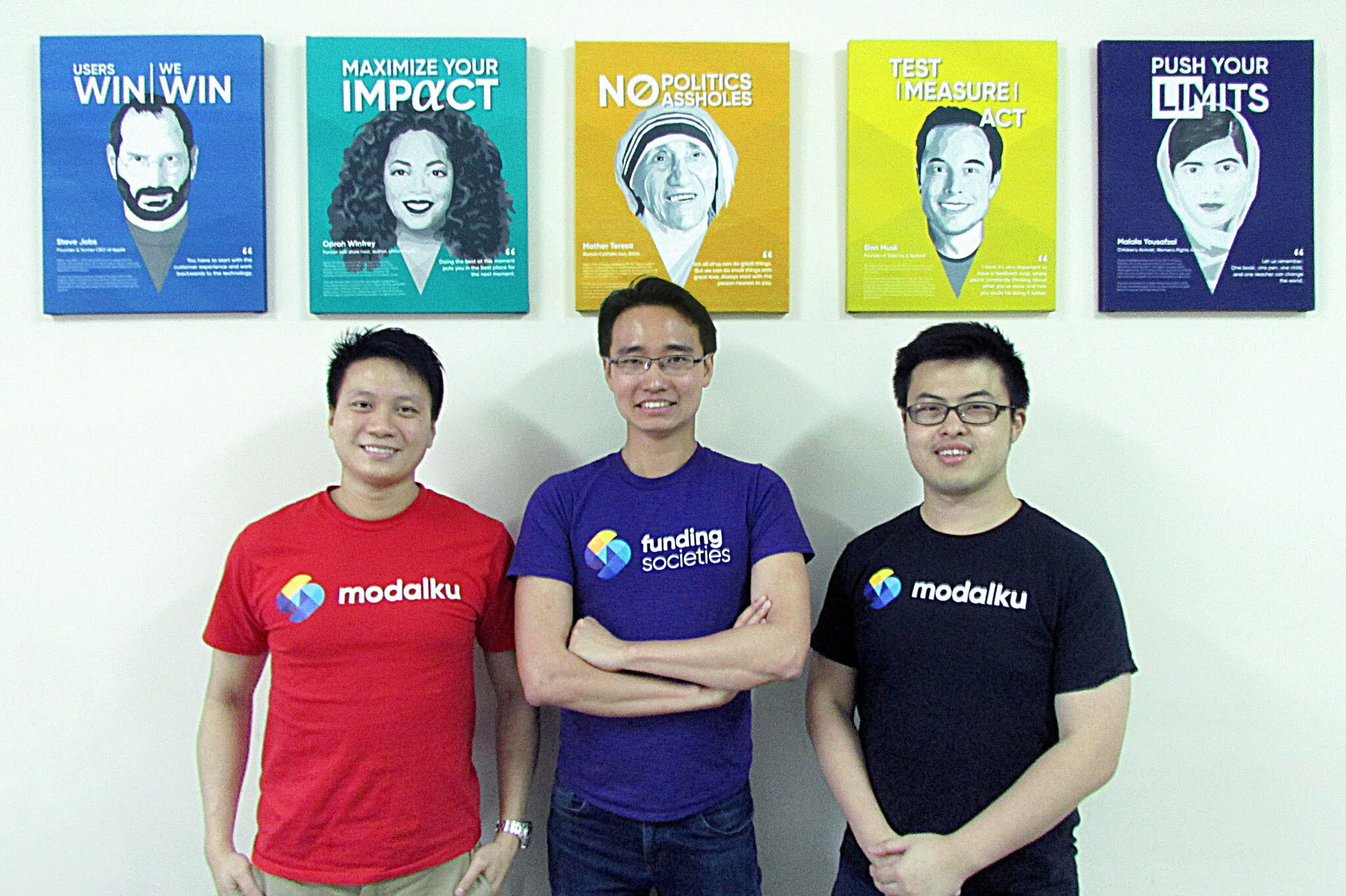 Leading peer-to-peer (P2P) lending platform Modalku, which goes under the name of Funding Societies in Singapore and Malaysia, announced US$ 25 Million raised in Series B funding led by Softbank Ventures. Alpha JWC, the first investor of Modalku and Funding Societies, participated in both Series A as well as Series B funding for the company.  This fundraise, largest by a P2P lending platform in Southeast Asia, will help realize Modalku’s vision of financial inclusion for Southeast Asia.

The round follows the company crossing SG$ 100 million in crowdfunded SME loans by end of 2017. Notably, last year Modalku grew 950 percent in Indonesia compared to 2016. This, while maintaining a default rate of less than 1.5 percent. The platform has also increased their lender base beyond 60,000 in less than 3 years of operation.

“These are exciting times for P2P lending in Southeast Asia, and Modalku is leading the charge through fast, affordable, and easy access to growth capital to support SMEs across the spectrum. As the leading platform, being backed by marquee investors is a great validation of our business model and impact. We will use this fundraise to develop innovative products and deliver world-class user experience for our customers,” says Reynold Wijaya, CEO and Co-Founder of Modalku.

With relentless focus on technology and design to improve the lives of borrowers and lenders, Modalku has set several firsts in the industry: being the first platform to introduce e-signing of contracts, auto investment algorithm for lenders, and launch mobile app for borrowers and lenders. They were also the first P2P lending platform to launch in Indonesia and Malaysia.

Modalku received many local as well as global awards and accolades in 2017. At the end of 2017, they won the Global SME Excellence Award from United Nations’ ITU Telecom, becoming the first and only Asian startup to win the award. The company was also included in CB Insights’ Fintech 250,a select list of the top FinTech companies around the world working on ground-breaking financial technology. They also won the Best in Customer Experience Asia award from Retail Banker International. The awards reflect local as well as global recognition of Modalku’s positive impact on society.

“Alpha JWC is proud of the impact that Funding Societies / Modalku has created to help SMEs. The company stays true to its mission of creating a real social impact; which Alpha JWC shares with wholeheartedly since we invested in Funding Societies / Modalku whilst the founders were still studying at Harvard Business School. With this new capital injection, we look forward to accelerate the company’s growth further across Southeast Asia, and create bigger impact,” says Alpha JWC Ventures Co-Founder and Managing Partner Will Ongkowidjaja.

Learn more about Modalku here and about Funding Societies here.