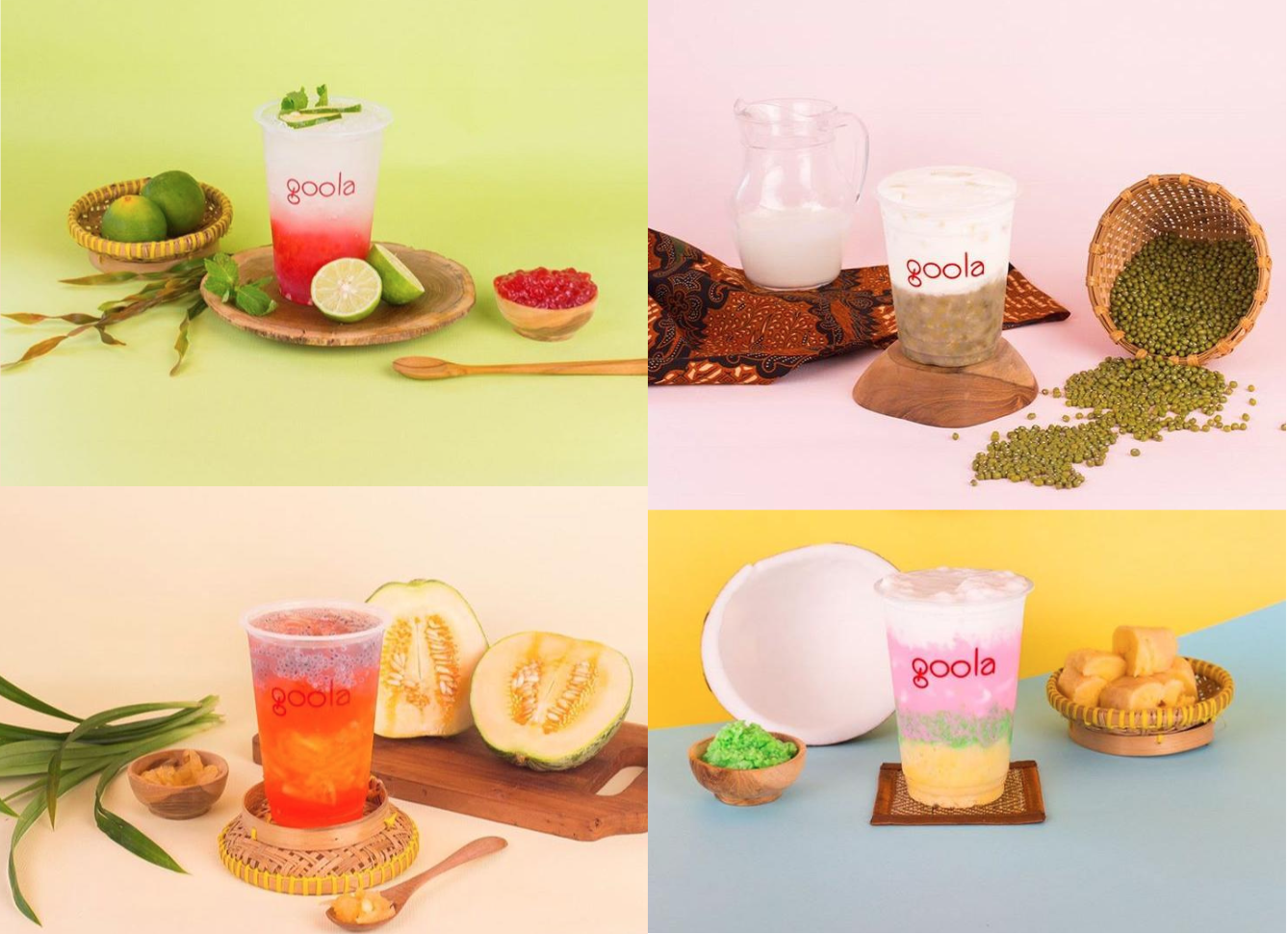 Instead of riding the wave of bubble tea popularity, Goola chooses to elevate well-known traditional drinks with a twist to cater to urban market. For example, in lieu of regular tapioca bubble, they choose Pacar Cina (local mini pink tapioca balls) and in lieu of cheese foam they opt for coconut milk foam.

Goola currently holds 22 drinks in their four beverage series: Signature, Tea, Coffee, and Refreshing— all derived from traditional recipes and made from locally sourced ingredients. With these, Goola is the pioneer of modernised, mass-market authentic Indonesian drinks.

Goola was founded by seasoned F&B businessmen Gibran Rakabuming, who is also Indonesia’s First Son, and Kevin Susanto in 2018. Goola’s first store was opened on last year’s Indonesian independence day, and today they have opened 5 stores in Jakarta with 15 more ready to open doors this year. By 2020, they aim to reach 100 stores in Indonesia and reach for regional and even global expansion.

“Goola was initially set up as a traditional F&B business, but then we realised that we can do something much bigger if we change how we conduct our business and if we incorporate tech in our daily operations,” says Kevin. “We want Goola to be the forefront of bringing our local delicacies into daily lifestyle and make it global.

We know that the best way to introduce a culture to the world is through food and drinks, and that’s the movement we’re doing here. We want to do what Thai Tea has done for Thailand, or Bubble Tea to Taiwan: becoming a national pride and igniting a global trend.”

Besides the upcoming stores, Goola is also implementing a New Retail approach with a mobile application in the pipeline. The Goola app will reduce waiting time in stores and also help the company analyse users’ consumption habits and preferences to improve overall customer experience.

“Tech is one thing, but I believe that the magic is in the products: our drinks. If sweet drinks from other countries can be popular, why can’t local drinks do the same? Our products have been well received by customers.

Not only it is aligned with the rising trend of drinking sweet beverages, many say that our drinks bring back memories of childhood and help them reconnect with our tradition that’s been quite hard to do in big cities,” says Gibran. 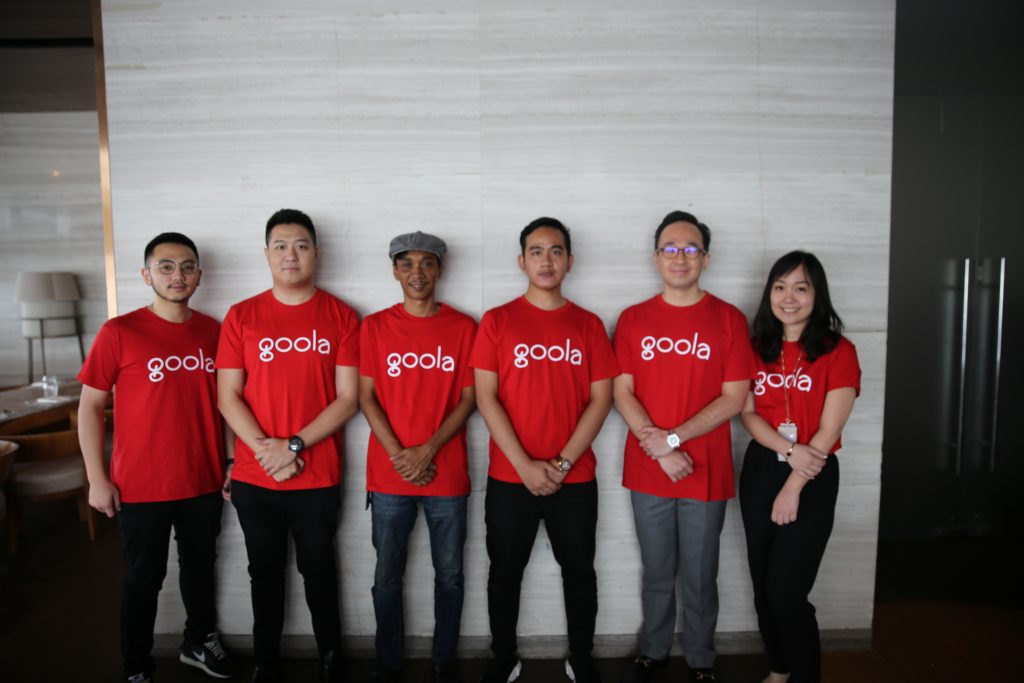 In terms of business, Goola is sitting on an exponentially growing business of sweet beverages — pioneered by Bubble Tea has recently taken the world by storm, with global market of $1.957 billion by 2019 and projected to reach $ 3.214 billion in 2023 — or around  7.4% annual growth rate.

The trend also shows in Indonesia with the top bubble tea franchisee having more than 250 stores nationwide and the fact that the growth of bubble tea delivery demand in Indonesia is the highest in the region.

“If bubble teas can do it, why can’t we? Goola is here to level the playing field against foreign brands,” adds Gibran. “The demand is growing; our products are already well-loved and well-received, so the opportunity is huge.

The challenge is now how to introduce this to a wider market of international audience: we’ll do it one step at a time, by making Goola a national champion, so when tourists come here they will have to try our drinks, and then spread the word to the world — just like how certain brands of foreign popular drinks gain its fame locally before expanding to other countries.

We also need to ensure quality in every cup served, that’s why we won’t do franchise model with Goola.”

Another challenge in this industry is copycats, but Gibran believes that by being the first mover with fast scaling and standardisation, Goola will have better odds to dominate the market.

“If competitors do arise, it would also mean market validation for us and it will push us to realise our vision faster as there will be more market educators,” Kevin says. “Moreover, if we take an example of coffee chains, perhaps everyday there’s a new brand created, but that doesn’t stop the first movers to truly disrupt the market, right?”

With the fresh fund injection, Goola targets to be the market leader in Indonesia with presence in first, second, and third tier cities, and kick off their global expansion starting from neighbouring Southeast Asian countries next year.

“As Indonesian investor and team, we take pride in our mission to help Indonesian founders and companies to be successful in Indonesia and bring them to the global stage.

Goola shares the same mission and ambition as us and we are excited to partner with experienced businessmen Gibran and Kevin to introduce local culture to the mass market and later, to the world. We see the big potential market that Goola is serving and we are excited to see the early progress of the business.

With our local expertise and experience, we believe we are the right partner for them to scale and bring them to the next level,” says Alpha JWC Ventures Managing Partner Jefrey Joe.