Coffee Talk with Kevin Hartono : The (Business) Intelligence Behind Noice 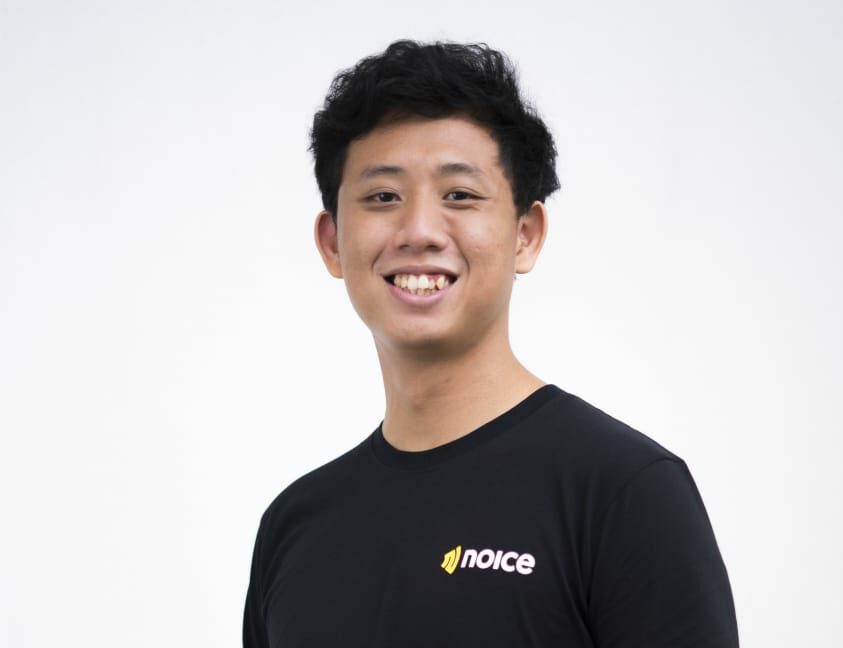 When I woke up early Wednesday morning and started planning my task for the day, I didn’t plan 3 hours of it to be spent on an interview. To be frank, it was more like a long chat disguised as an interview and it was a very refreshing experience for me, to say the least. I’ve been all too cooped up with the WFH experience that I kind of forget the exhilaration of meeting – and connecting – with new people.

I am always quite a big fan of podcasts. In this WFH situation where we hardly met anyone, listening to podcast took me back to being a newbie at a workplace where I don’t know everyone that well and I often find myself eavesdropping on others’ conversations, smiling to myself when I heard them crack a particularly good joke, but unable to join in on the conversation because I was just too shy. Podcasts made me feel that way — except that this time I can laugh out loud to my heart’s content. In a sense, it made me feel less lonely. Therefore, I was very excited to interview Kevin, eager to take a little glimpse of the behind-the-scenes on one of the media platforms I spend my time listening to hundreds of hours on.

Kevin Hartono has been working for Noice for 11 months for their business intelligence division. His responsibilities, in a gist, are to translate numerous data available on the platform, such as contents, user activity, user streaming time and duration, and many more, to actionable, ready-to-go analytic dashboards for related stakeholders. According to Kevin, working in business intelligence requires not only technical skills like programming and data analysis but also requires presentation skills so that your stakeholders can understand the result of your work.

Before Noice, he was a data analyst section head for RCTI+, and before that, he was a market researcher for a  marketing consultant company, Markplus. With his career journey, it came as a surprise to me when he said that only less than 5 years ago, his dream career was to become a volcanologist (and yes, it’s a real word and a real job). Kevin got an engineering degree from ITB, majoring in geophysics, and he admitted that he was passionate about it.

However, Kevin acknowledged that he didn’t have the luxury of being an idealist when he graduated. He had vowed to himself that he had to be independent by the time he graduated; he had a younger brother who’s still in college to support, and his family financial condition doesn’t allow him to live off of his father after graduation. With the oil and gas industry declining at the time, he knew that he couldn’t afford to be selective and applied at every job vacancy he could find.

He got accepted into Markplus, the leading marketing consulting firm in Indonesia, despite initially not knowing what the company is. They offered him a decent starting salary, and that was enough for him to accept the job. He had a family to support, after all.

Thankfully, Kevin’s thriving there. He was blessed with a senior who doesn’t micromanage his work and gave him opportunities to develop himself and choose a new project that suits his passion.

“For fresh graduates, Markplus is a great place to grow. You got the chance to explore and develop yourself as a professional, and I learned a lot from my experience there.”

Through this experience, Kevin had the opportunity to further his presentation skills and subsequently, gained more confidence.

“I was very shy back when I was still in school. I often think that my opinions don’t matter so I don’t speak out a lot.”

He found a role model in his boss in Markplus. “I admire Iwan for his presentation skill. The way he neatly segues the data he has on his hands into relatable anecdotes and examples that supports the data is so smooth and convincing. There was even a time when I’m not even convinced of the data that I was working on but after he presented it, I became convinced. And it was my data.” He told me.

He is also given the chance to determine topics that he had to research, and then design it, collect the data to support his hypothesis, create a story based on his findings, and present it to his clients. “The part I love the most about market research is that feeling when you find out things ahead of your clients, and convincing them about the result of your work is something that over the time I got myself addicted to.”

However, amidst his burning passion for market research at that time, he was unfortunately moved to a different division. Disheartened, Kevin started to look for other opportunities that better suit his passion. He was offered by two different companies, the first one is an up-and-coming start-up where he believes he could learn a lot from the founders and the key management. The second one is from RCTI+, which offered him the role of quantitative research section head. Torn between the two options, in the end, he chose the latter; purely because of the more senior title RCTI+ offered him.

“One of the most notable mistakes I made in my career is pursuing titles over my guts, my passion, and what I want.”

It was at RCTI+ that he began his career as a data analyst. During his experience in the company, he found out that the culture is a lot more laid back than what he’s used to. Hungry for agile work and fast growth, Kevin becomes increasingly afraid of this slower pace, of getting into a comfort zone where he’s unable to initiate anything and eventually stops growing. Therefore, despite the fact that his job only required his proficiency in Excel and not the other more complex data analytics tools, Kevin learned and experimented on his own, often applying his newly learned skills to real-life cases.

“I learn data analytics concepts and tools despite not being required to do so because I don’t want the embarrassment of calling myself a data analyst, but when asked about the tools I’m using, I only use Excel.” He joked.

However, Kevin soon began to feel stuck, there’s only so much he could do learning on his own, and when he learned about a new concept he didn’t fully understand, he felt like he didn’t have someone he could ask freely. It became increasingly clear that he needs to find a mentor figure.

Almost like a miracle (not a hyperbole – he described the event as a ‘miracle’), a message from an Alpha JWC recruiter slides into his Linkedin DMs to offer him a business intelligence position at Noice. They scheduled an interview, and a day after those interviews, he got an offer letter. With the offer letter from Noice for him to consider, his boss from RCTI+ told him that he’s projected to be a manager soon.

So now he’s faced with yet another dilemma.

“I learned from my mistake in the past to not pick a job just because the title is fancier. I believe that Noice would be a great learning opportunity for me where I could develop and grow myself, so I took a leap of faith, and take the offer.”

After he moved to Noice, it’s not necessarily smooth sailing for him. He had to readjust his pace to match Noice’s faster working pace, and with the pandemic still raging on, the remote working condition, and him being his introverted self, he found himself having a hard time blending in with his new teammates. There are even times when he questioned if he’s making the right decision to move. Sometimes he wonders, why can’t he just stay at his old company, where he has friends he’s comfortable with? Nonetheless, he persisted, believing that he was right in stepping out of his comfort zone.

Over time though, he starts to enjoy his work and his colleagues.

“I am blessed to have Adit as my superior. He has a very warm and understanding personality. From my previous experience, I tend to judge my colleagues purely on their work performance and nothing else. If their result is bad, then it means that they’re incompetent. However, from Adit, I learn to see my colleague also as a person with their different background and their problems, and how to support and help the team.”

Kevin is excited for his future in Noice, and when asked about his goals and plans for the future, he said that he still had a lot to learn and is currently enjoying the process of growing and developing himself, but doesn’t want to rush it.

“To be honest, I’m not a believer of hustle culture. I am growing and pushing to develop myself and my skill, but I don’t want to go beyond the pace I’m not comfortable with.”