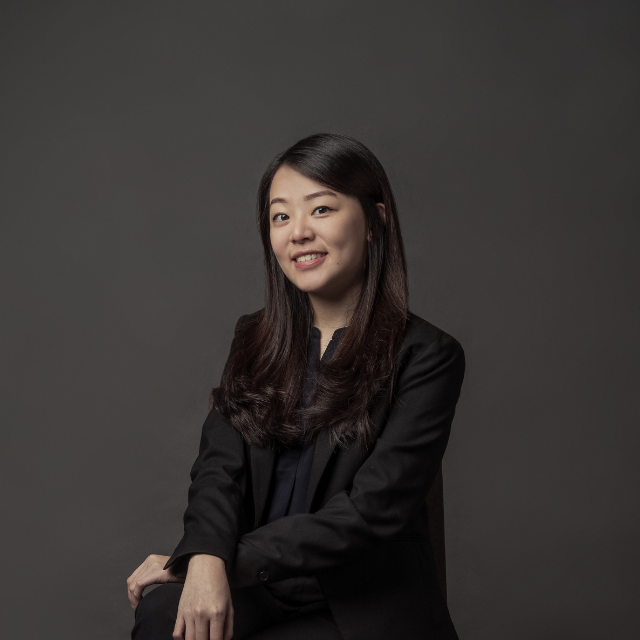 I cannot help but to become intrigued when I was first assigned to interview Gaby, having only known her for a while as this is only my second month with the firm. She graduated cumlaude from Bandung Institute of Technology (ITB) Ocean Engineering program before she continued to join the Indonesian OTA startup, Traveloka. Then, after 2 years in Traveloka, she joined Alpha JWC as an investment analyst. “I’ve been interested in venture capitals ever since my final years in college,” Gaby told me when I asked her why and how she’d end up joining venture capital. This came from her observation of the struggle that many of her friends in her alma mater faces. While ITB is said to be a petri dish of technology and innovation breakthroughs in Indonesia, many of those great projects end up dead, never being able to go commercial due to the founders’ lack of skill and knowledge in product commercialization. This later becomes the fuel to her passion: helping founders in developing their company.

The prospect of being exposed to many different sectors and being able to meet all kinds of founders from all kinds of sectors also sparked her interest in the world of venture capital. It wasn’t a typical interest for a typical ocean engineering student, though as it happens, Gaby is now a senior investment analyst for Alpha JWC Ventures. Joining the firm in 2020, her road to the VC world is not so straightforward. Having completed her engineering degree in 2018, Gaby joined the Traveloka International product and business development. After 6 months, she assumed the role of an associate product manager, where she got to develop Traveloka’s insurance products. She remembers immensely enjoying the experience, excited by the process of developing the product from scratch, launching it, and seeing how it performed. From that experience, not only did she expand her knowledge in product development in hospitality and financial service, but she also developed a strong sense of ownership toward her product.

Later when she joined Alpha JWC, Gaby identified that the strong sense of product ownership is also one of the things that are important to have as an investment analyst, but instead for the product like it was in Traveloka, it’s a sense of product ownership for the portfolio company. In fact, one of Gaby’s greatest aspirations right now is to foster deep relationships with the portfolio founders, building trust as time goes and eventually become the person that founders think about first when they need anything, whether it’s just her input, or to help solve the problem they might have.

However, that is not to say that it was all smooth sailing for Gaby. During her first three months, she admits that she felt a little bit overwhelmed as she had a lot to catch up with since she had to learn about finance from zero as she had no prior financial background, adjusted to the much quicker working pace, and also to the dynamic nature of the work itself. It was the investment teams’ support that made the process easier for her. “The good thing is, the team is very close with each other and it’s in the culture for everyone to fully support and help new members so I could catch up quickly during my first three months.”

Throughout her journey in Alpha JWC, Gaby looks up to Eko Kurniadi, Alpha JWC Partner of Investment. In Gaby’s opinion, not only is he well-versed in the commercialization and technical side of things, but Eko also has great people skills. He also cares a lot about each of his team members, while also being able to manage his time well, finding the right balance between work and life. Gaby is eager to follow the example that Eko has set since she believes that in the long-term, she’d one day be in a more senior position like Eko and by that time, she wants to be just like him. She also admired how everyone in the investment team is so passionate and persistent with their work all the time, always staying energized at any time of the day. “I’m an extrovert, so I drew energy from people around me and everyone in the team is always so energized. We would have a meeting late at night that is just as productive as it would be if it’s held in the morning because everyone has the same level of energy throughout the day,” Gaby said. The supportive culture is one of the things that Gaby loves about the working culture in Alpha. She is encouraged to speak up and ask for help if she feels that her workload proves to be too much, and everyone is always eager to help and share the burden so that the distribution of the work between each team member is more balanced.

As for those who are interested and willing to follow her path as an investment analyst, she has several tips. First, she believes that the most basic thing to do is to always be up-to-date with what’s happening around the world, be it a new market trend, the current situation in venture capital landscape, up and coming company, or government regulation. “But it doesn’t stop there. After knowing the news, you need to find the so-what, the lesson learned of that news. What should we do with that piece of news? What kind of opportunity do we have, based on the news you have just read? The way of thinking is what we’re looking for.”

The second tip is to find unique values that one could bring to the firm, based on one’s interest. “It would be tremendously helpful if you have had experience,” she said. In Gaby’s case, from her previous work as an associate product manager in Traveloka, Gaby has experience in the hospitality and financial insurance industry and she also gets to experience first-hand how a product is being developed on a start-up in which she could give input on founders who are planning to develop their product. This is the unique value that she could bring to the team. Last but not least, it is important to have a genuine desire to create an impact on society. “This is specific for Alpha JWC, because we spend quite a lot of time with our portfolio company to see what we could help, so you have to want to bring an impact starting from our portfolio company, and ultimately, to the society.”

From the dynamic nature of her work, her supportive teammate, to her inspiring mentor, Gaby said that working in Alpha JWC has exceeded all her initial expectations when she first joined in February 2020. “To this day, I’m still learning new things every day since we’re always learning about different sectors every day.”