Created after extensive research with consumers and retailers, as well as exhaustive in depth interviews with investors and startups, the Alpha JWC Ventures & Kearney report provides an essential overview of what it will take to capitalise on the opportunities presented by Indonesia’s tier 2 and 3 cities

Unlocking the potential of tier 2 and 3 cities in Indonesia is considered a critical component to the country’s ambitions of becoming the world’s fourth largest economy by 2045.The extent to which these cities will contribute to the expansion of the economy in Indonesia is among the subjects addressed by a new report from Alpha JWC Ventures and Kearney titled ‘Unlocking the next wave of digital growth: beyond metropolitan Indonesia’.

The report offers a comprehensive overview of the Indonesia opportunity, particularly for investors. The report was created based on interviews and focus group discussions with over 3,100 end consumers and retailers across 23 tier 2 and 3 cities. Another strong source of data and direction was discussions with experts: investors such as Sequoia, MDI Ventures and Go Ventures as well as prominent Asia-based entrepreneurial companies like Grab, GudangAda and Credibook.

Speaking at an event to launch the report, Jefrey Joe, Co-Founder & General Partner, Alpha JWC Ventures said, “Startup founders trying to target the second and third tier cities, understand that it is a bit too early to do so. But with this report we have managed to quantify how early it is: these cities are only 3 to 5 years behind their tier 1 counterparts in terms of digital adoption and behaviour.”

That gap is poised to shrink rapidly. When it comes to digital adoption, tier 2 and 3 cities are expected to grow 5x by 2025. Their growth is being powered by several favourable demographic and economic indicators: a young population, an expanding internet user base, and government-driven infrastructure initiatives that make digital technology inexpensive and accessible across the archipelago.

This is reflected in investor interest. The size of investments in 2020 was double that of 2019. 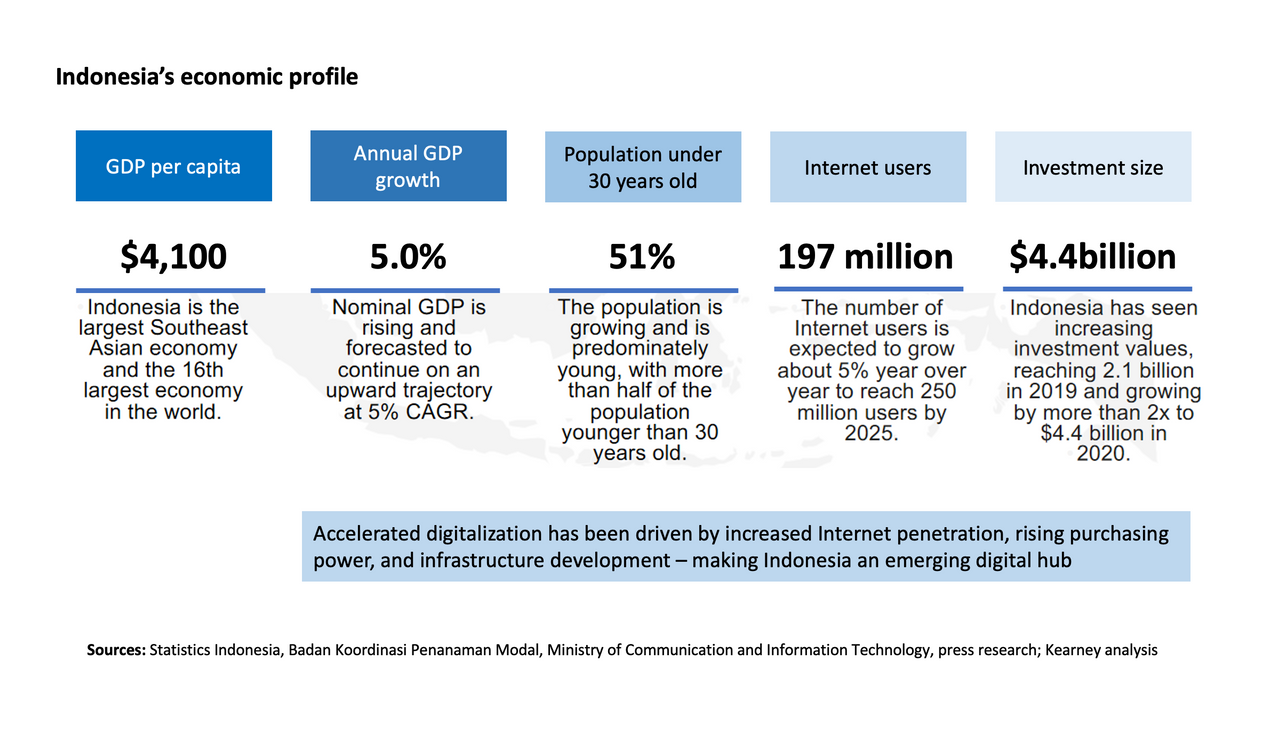 The report highlights seven key verticals that will drive the digital economy. 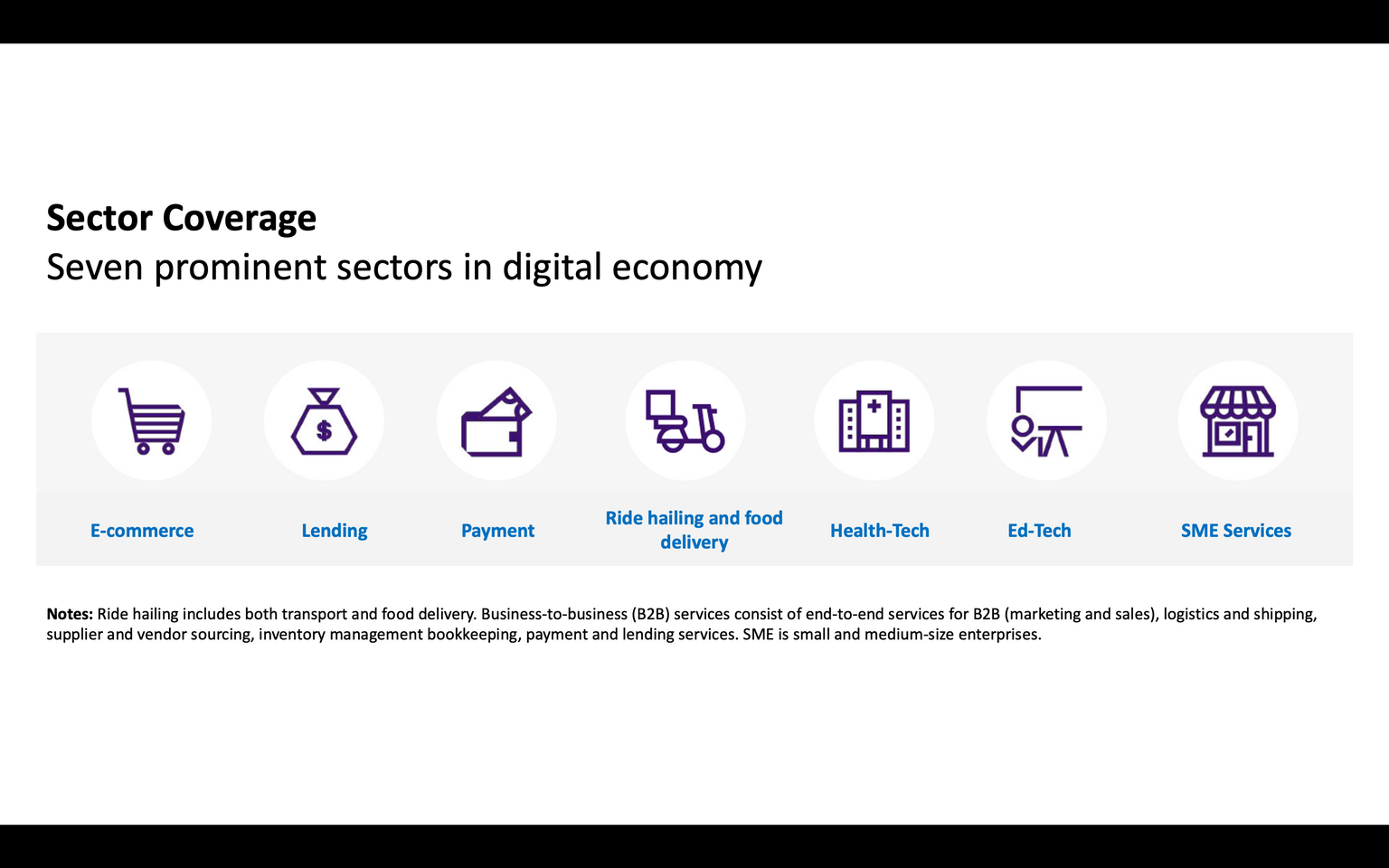 Ecommerce, lending and payment are on the path to mass adoption and will account for the largest markets among these prominent sectors in 2025. Healthtech and edtech are headed upwards with significant growth, while ride hailing and food delivery are expected to be constrained.

Alpha JWC Ventures and Kearney see a massive opportunity and even a unicorn emerging from the SME sector. With anywhere between 50% to 90% of MSMEs operating under a traditional business model, digitalising these firms could be a great step towards unlocking value.

The report said, “It is no surprise that competition is heating up with social media, SME services and B2C startups competing for dominance. Based on these observations, we expect that about three unicorns will emerge from e-commerce, lending and SME services on the back of the growth of the tier 2 and tier 3 cities.”

Addressing a question on the impact this growth was likely to have on investor interest, Joe said, “At Alpha JWC Ventures we have been talking to many investors, from the region and across the globe. Everyone understands the potential but one of the most common questions is how do we think about the growth, going forward. A lot of investors also ask about the exit options for Indonesian startups. The answer is really down to the revenue. Can these technology companies, especially the large ones, demonstrate good revenue generation from their business models? Many of those answers lie in the second and third tier cities.”

Joe believed that massive adoption would help the overall numbers of the Indonesian digital economy in terms of the usage, and revenue. He foresaw profitability of these large companies translating into IPOs. He said, “When that happens, we will see very meaningful and massive value creation from Indonesia. We are just at the beginning of this digital economy evolution and I encourage everyone to take part because there will be massive valuation.”

In his foreword to the report, Chandra Tjan, Co-Founder & General Partner, Alpha JWC Ventures said, “We have seen the way technology has changed our lives and also know that we are not even close to the peak yet. We have only tapped on the tip of the iceberg: the metropolitan area of Greater Jakarta and a few other cities. What lies beyond is still vast and possesses even greater potential.”

Shirley Santoso, Partner and President Director, Kearney in her foreword to the report, said, “Greater Jakarta and Surabaya account for 50 to 80 percent of the country’s digital economy while accounting for only 15 percent of the population. This means that the digital potential of the remaining 85 percent of the population in non-metropolitan Indonesia remains largely untapped. This prompts two questions: What is the digital potential of tier 2 and tier 3 cities? And what must be done to unlock this?”

The full report from Alpha JWC Ventures and Kearney answers these and many more questions with a comprehensive segmentation of the Indonesian audience; case studies from companies attempting to bridge the divide; as well as in depth analysis of key sectors like ecommerce, fintech, edtech and healthtech.

This article is originally published in DealStreetAsia. Read the original article here.