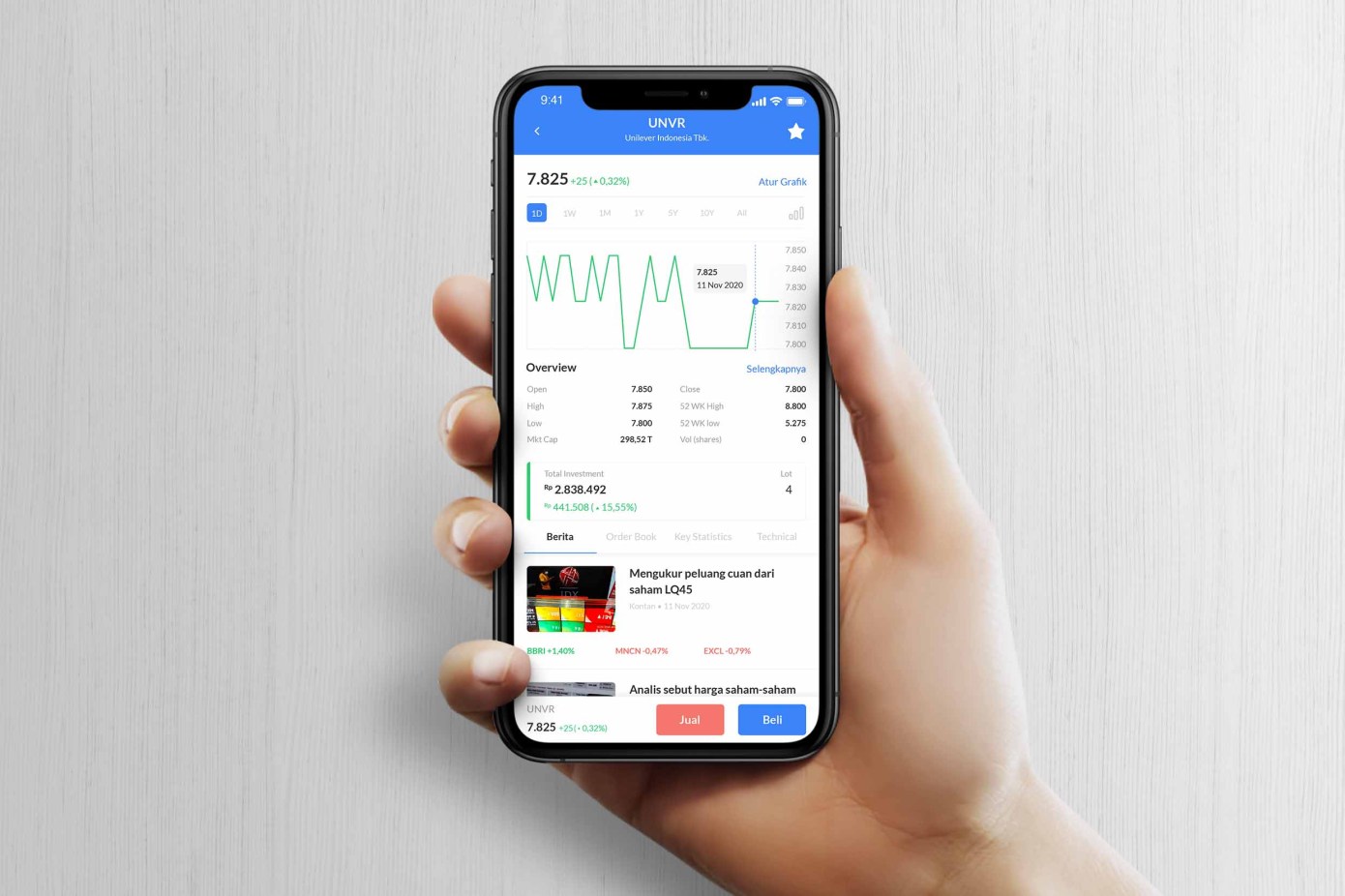 Ajaib Group, an online investment platform that says it now runs the fifth-largest stock brokerage in Indonesia by number of trades, announced it has raised a $25 million Series A led by Horizons Ventures, the venture capital firm founded by Li Ka-Shing, and Alpha JWC. Returning investors SoftBank Ventures Asia, Insignia Ventures and Y Combinator also participated in the round, which was made in two closes.

Founded in 2019 by chief executive officer Anderson Sumarli and chief operating officer Yada Piyajomkwan, Ajaib Group focuses on millennials and first-time investors, and currently claims one million monthly users. It has now raised a total of $27 million, including a $2 million seed round in 2019.

Inspired by companies like Robinhood in the United States and XP Investimentos in Brazil, Ajaib Group was created to be a mobile-first stock-trading platform, with no offline brokers or branches. It appeals to first-time investors and millennials with a simple user interface, in-app education features and a community where people can share investment ideas and low fees.

Since people prefer to invest small amounts when trying out the app for the first time, Ajaib requires no minimums to open a brokerage account. Piyajomkwan said, “We typically see investors triple their investment amount within the second month of investing with Ajaib.”

The Indonesian government and Indonesia Stock Exchange have launched initiatives to encourage more stock investing. Some of Ajaib Group’s Series A will be used for its #MentorInvestai campaign, which works with the government to educate millennials about investing and financial planning. The round will also be spent on expanding Ajaib’s tech infrastructure and products, and to hire more engineers.

Ajaib may eventually expand into other Southeast Asian markets, but for the near future, it sees plenty of opportunity in Indonesia. “Ajaib was built with regional aspiration, having two founders from the two biggest capital markets in Southeast Asia, Indonesia and Thailand,” Piyajomkwan said. “But for the immediate term, we are focused on Indonesia as investment penetration is still low and there are many more millennial investors we can serve.”