From entrepreneur at 13 to heading a unicorn start-up: What drives Carro co-founder Aaron Tan 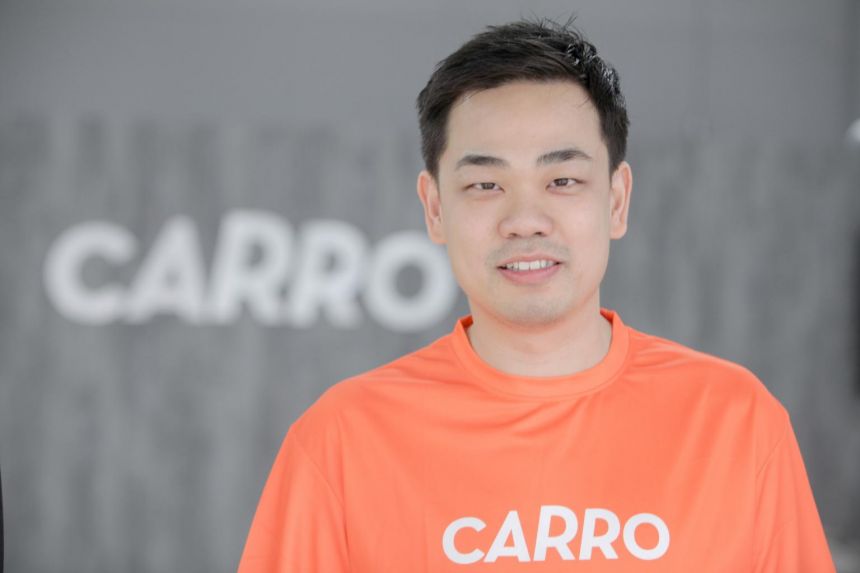 The 36-year-old co-founder of the online car marketplace founded his first business at age 13. Then ditched junior college for polytechnic, landed a government scholarship for university after that, and a stint at Carnegie Mellon University.

He went on to help set up one of Singapore’s first start-up spaces, BLOCK71, and ran a venture fund investing in other start-ups, before returning to his first love – starting his own company.

In 2015, he rounded up co-founders Aditya Lesmana and Kelvin Chng, who he had met at Carnegie Mellon, and started Carro, an AI-driven platform for buying and selling used cars.

Six years on, the company raised more than S$480 million in June to become one of Singapore’s newly minted unicorns – which in start-up parlance is a business with a valuation of at least S$1 billion.

It was among the Singapore firms mentioned by Prime Minister Lee Hsien Loong during the National Day Rally on Aug 29.

“A few have become global names, like Carro, SecretLab, and Carousell. Enterprise Singapore is supporting more entrepreneurs to follow in their footsteps, go out into the world, seize new opportunities and grow their businesses,” said Mr. Lee in his speech.

Carro has a regional footprint that covers Singapore, Malaysia, Indonesia, and Thailand, employing more than 1,000 people across the four countries.

With its latest round of fundraising, it is looking to consolidate its hold in these markets while expanding to new ones – possibly Vietnam, the Philippines, Taiwan, and Cambodia.

It is also eyeing an initial public offering in the United States in the next 18 to 24 months.

Mr. Tan told CNA that the COVID-19 pandemic presented one of the company’s worst crises, but soon turned into an opportunity for growth.

Carro’s revenue plummeted 80 percent in April last year as Singapore went into a“circuit breaker”, he said. He began looking closely at the company’s costs and questioning if its operations were sustainable.

“Otherwise the business may not survive because we do not know how long COVID will last,” said Mr Tan.

On the whole, the team adapted very well by cost-cutting and innovating, he said.

“We tried not to remove anyone in the company across Southeast Asia and that basically meant that the management team had to take a pay cut.”

Mr Tan took a more than 50 per cent pay cut that he has yet to reinstate. But soon after that, as the circuit breaker lifted, the demand for used cars bounced back strongly.

The pandemic accelerated the company’s push to make the process of transacting cars fully online and contactless.

Its latest manifestation is the Showroom Anywhere app – still in beta – which allows a potential buyer to physically inspect a car and unlock the vehicle using the app and a QR code, so there is no need for a car key or to meet a salesperson.

Around June or July last year, vehicle transactions started picking up and from then, it has been an upward trajectory that culminated in “record numbers” for the firm by the end of last year.

Carro booked revenues of US$300 million for the year ending March 2021 and was named the fastest-growing company in Asia Pacific by the Financial Times, with a compound annual growth rate of more than 400 per cent.

It’s a long way to come for a teenager who started a network hosting business in a Jurong Housing Board flat, which he had to register in his grandmother’s name as it was the late 1990s and he was still in Secondary 1.

Back then, Mr Tan taught himself programming by reading books at the public library and charged clients thousands to build websites. He started a second technology company at age 16, then sold both by age 21.

Without telling his parents, he dropped out of JC to enrol in a polytechnic so he could focus on computing and software development.

Back in Singapore, he served out his scholarship bond at Singtel Innov8, the telco’s venture capital arm.  It was there he helped found start-up hub BLOCK71, partnering NUS Enterprise and the Media Development Authority of Singapore.

He also launched BLOCK71 San Francisco, a co-working space for Singapore tech firms looking to break into the United States, and oversaw the fund’s investments in Southeast Asia.

In 2015, he started Carro – the name a portmanteau of “car” and “hero” – because of his love for buying and trading cars.

And with Uber and Grab coming onto the scene then, he felt that transport was a vertical that would take off.

“What drives me and the interest I have in this space, categorically stems from that – that desire, I guess, to win on every trade.

“The question is: How do you lift the asset value? How do you price better than anybody else, when you buy and when you sell?”

At Carro, he does that by fixing up the car and attaching a warranty to it. The company has also expanded into related services, from car loan financing to insurance, launching usage-based insurance for car subscriptions – also a service it now provides.

The cars are valued using a proprietary algorithm that crunches all the numbers before determining its price. AI software also scans images of cars to detect potential problems, in addition to checks by mechanics at Carro.

The company’s strength in AI is one factor that he credits for drawing the “top-tier” investors to put their money in the firm.

“I think that got Softbank super interested in investing in the company, because we did have AI to show,” he said. “They saw this as a huge differentiation and sustainable advantage over everybody else.”

There was also “strong market momentum” as technology adoption accelerated and the emergence of Southeast Asian tech companies like SEA, which raised the profile of start-ups in the region.

At the same time, Carvana, a US company that operates in a similar space as Carro, was expanding rapidly in the midst of the pandemic. All this resulted in a “strong tailwind” for Carro, said Mr Tan.

He recounted that he met Japan’s Softbank Group in April, and it took note of Carro’s strong growth in the last few months. In two months, a deal was closed, which included other investors such as Indonesia-based fund EV Growth.

During the interview, he declined to share details about his personal life, waxing lyrical instead on the pros and cons of bootstrapping versus being venture-backed, emerging trends in technology and his thoughts on the start-up scene in Singapore.

The one thing he would share was that he now drives a Porsche Macan, and his favourite car to drive is not a sports car or a supercar – but the trusty Lexus, and it seems that he reserves the dizzying velocities for running his company.