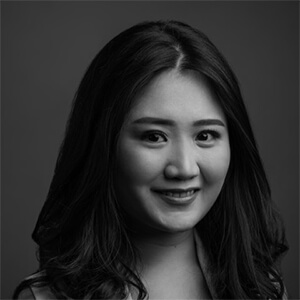 Florence is a senior lawyer with more than ten years of experience in merger and acquisition transactions in various sectors.  Before deciding to take an in-depth expertise in the venture capital industry, she has amassed extensive exposure in advising and representing numerous international and domestic strategic investors and private equity in multiple deal transactions.

Florence is admitted to practice law both in Indonesia and New York.

Apart from her career, Florence is a part-time traveller and a full-time explorer.  She is an advanced diver and has solo travelled to Galapagos and some areas in Latin America.  Florence has been practicing yoga for almost four years and has a deep interest in meditation.